Read Today's E-Edition
Share This
Americans are flocking to Europe's hot spots. Here's where Europeans are going instead
0 comments
Share this

If you've been thinking every American you know is in Europe this summer (or headed there this fall), you might be right.

"For most American travelers, this is the first year they are traveling unencumbered by Covid restrictions," said Dolev Azaria, founder of New York City-based Azaria Travel, in an email.

"And with such pent-up demand, the most popular destinations in Italy, France and Greece, such as the Amalfi Coast, Capri, Tuscany, French Riviera, St. Tropez and Mykonos, are seeing record-high demand."

For her most discerning European clients, Azaria says her agency is recommending they "take full advantage of places like Indonesia, and especially Bali, in its nascent opening season" as a way to escape the current tourist hordes in the continent's most popular places.

Within Europe, she points clients to the French island of Corsica — a "more down to earth, laid-back version of its glitzy Italian neighbor, Sardinia" — and Montenegro's 295-kilometer (183-mile) coastline over some of the more trampled beaches and islands of Croatia.

CNN Travel reached out to other travel agents, experts and locals in Europe about where to go to get away from the summer masses in Italy, Spain, France and Croatia — among other European countries popular with American travelers — if you're looking to go where everyone isn't.

International tourists gravitate to the long-famous Côte d'Azur's yacht-filled waters and name-dropper towns such as St.Tropez, Nice and Cannes. But southern France is much more than the predictable places.

Marianne Fabre-Lanvin, co-founder of organic French wine line Souleil Vin de Bonté, points to the Camargue — a wild region of vast and empty beaches where white horses roam — for a quieter escape to the east of Montpellier. Lodging runs the gamut from a rustic stay at a traditional bull or horse farm called a manade to the five-star, boutique hotel version of the farm stay at Le Mas de Peint.

"The Camargue is not crowded. There are very, very long beaches in this area so you are alone on the beach if you wish, even in the peak summer months," Fabre-Lanvin says, naming La Plage de l'Espiguette as a favorite. During the summer, a sustainable beach club, L'Oyat Plage, even pops up on the sand, drawing the kitesurfing set.

When Arlindo Serrão wants time on the Portuguese coast, removed from the tourist crowds of the cities and more popular beach destinations in the country's far south, he leaves Lisbon for a special stretch of coast in the Alentejo region.

"People are calling Alentejo 'Europe's best-kept secret,' but I don't know for how long it can remain like that," said Serrão, founder of Portugal Dive.

Alentejo offers long stretches of uninterrupted beachfront and incredible wine and seafood without the hordes that descend on better-known beach destinations in the Algarve.

Here, just south of the Tróia Peninsula, the beach extends for nearly 28 miles and the outposts of Comporta and Melides are "the perfect places to stay and rest from everyday life," Serrão says.

For an unspoiled stay, Sublime Comporta's rooms, suites and villas are surrounded by pine and cork trees and towering wild dunes.

In addition to its spectacular beaches, the region is known for being Portugal's largest wine producer as well as for having the most marked hiking trails in the country.

"For me, it's a place of peace on a raw part of Portugal," Serrão says.

Spaniards stream out of their stifling hot cities in the summer to kick back on the coast, where everyone (or their abuela) seems to own a humble second casa or apartment.

The Mediterranean beaches around Barcelona in northwest Spain and the sands along the Costa del Sol in the country's south pack in sunbathers like sardines, but you'll get more breathing room if you make for the windier Atlantic coast instead, says Manni Coe of Andalusia-based tour company TOMA & COE.

The 121 kilometers (75 miles) of Atlantic-facing southern coastline between Tarifa and the Guadiana River, near the border with Portugal, has "temperatures that are a little cooler, hasn't been mass developed and is quite a hidden gem," Coe says.

Highlights include the beautiful fishing village of El Rompido, the great food scene in the town of Cadiz and the wild beaches around Huelva (between Mazagón and Matalascañas). The area is also a magnet for kitesurfing.

Made of seven main volcanic islands strung like a necklace in the deep turquoise waters of the Tyrrhenian Sea off the north coast of Sicily, the Aeolian Islands are hardly lonely during Italy's sultry summer. But their relative remoteness means they don't get nearly the American masses of a Positano or Capri.

"The Aeolian Islands are far away from the idea of islands Americans may have," says Dario Ferrante of Absolute Sicilia, adding that visitors don't come here for Caribbean-style white sandy beaches but rather active vacations, including hiking the Stromboli volcano with a guide.

Ferrante names the island of Salina as his personal favorite for vacationing, but he says the islands of Filicudi and Alicudi offer the most remote and rustic experience (the latter has no cars — only donkeys to transport your luggage).

He also points to the north side of Mount Etna volcano as one of the most beautiful and undiscovered areas of Sicily. It's just 40 minutes from the popular beaches of Taormina.

"It's perfect for total relaxation, trekking and wellness and a paradise for wine lovers and food addicts," Ferrante says.

The coastline and islands around Zadar in Croatia offer an experience that's "a world apart" from more crowded points south such as Split, Dubrovnik and the island of Hvar, suggests Alan Mandic of Croatian travel agency Secret Dalmatia.

The car-free Adriatic islands of Silba and Olib in the Zadar Archipelago have fabulous beaches that look almost like the Caribbean, he says. You can even stay in a lighthouse on the western cape of larger Dugi Otok island.

"Those are the places we go to when we want to avoid crowds in general," Mandic says. "You won't really see any Americans there."

With such spectacular coastline and mountains to explore, Greeks tend to vacation in their own country during the summer, says Andria Mitsakos, founder of luxury lifestyle brand Anthologist.

And while summer's international masses might find it hard to look past the iconic postcard white-and-blue backdrops on packed islands such as Santorini and Mykonos, Mitsakos says she often heads to the mountainous Pelion Peninsula on the eastern, Aegean side of mainland Greece for a more under-the-radar stay.

The lush and verdant peninsula, with the Pagasetic Gulf flanking its western shores, is dotted with coastal and mountain villages, with fresh seafood at every turn.

There are beaches all around the peninsula, but if you only hit two, Mylopotamos and Fakistra on the Aegean side are the can't-miss spots. They're tucked in natural bays where waters lap the coastal cliffs like turquoise that's been liquefied in the dazzling sun.

Far less slammed by tourists than neighboring Greece to the south or Italy across the Adriatic, the Balkan Peninsula country of Albania is still somewhat of a secret closely guarded among savvy travelers — but one unlikely to stay on the down-low for long.

"Croatians and Europeans in general are discovering the Albania coast," said Secret Dalmatia's Mandic. "It's fabulous, it's incredibly cheap. The food, the history, the hospitality, nature, the beaches, everything is here."

Among the beaches to explore along what's been dubbed the Albanian Riviera are Ksamil, near the Greek border, and Himare and Dhermi farther north, where you can feast on inexpensive platters of prawns, grilled octopus and flopping fresh fish plucked straight from the Ionian Sea while gazing out on its glittering expanse.

Laura Yuen: How to travel with just a carry-on — and a few tips if you can't

Wear the bulkiest items on the plane

No better gift than cash

Make the most of your personal item

You can always do laundry

How to make your own delicious oat milk

How to make your own delicious oat milk

How to improve your WiFi for free

How to improve your WiFi for free

Need to get away?

When's the best time to use frequent flyer miles to book flights? 2 economists crunch the numbers

Using frequent flyer miles can ease the blow to your wallet. But is there an optimal time to use miles? Here's what two economists found out.

“So are you having any sleep issues? Nightmares?”

Headed home today? These US airports have the most delays

You might want to avoid these airports if you want your trip to get started on time. 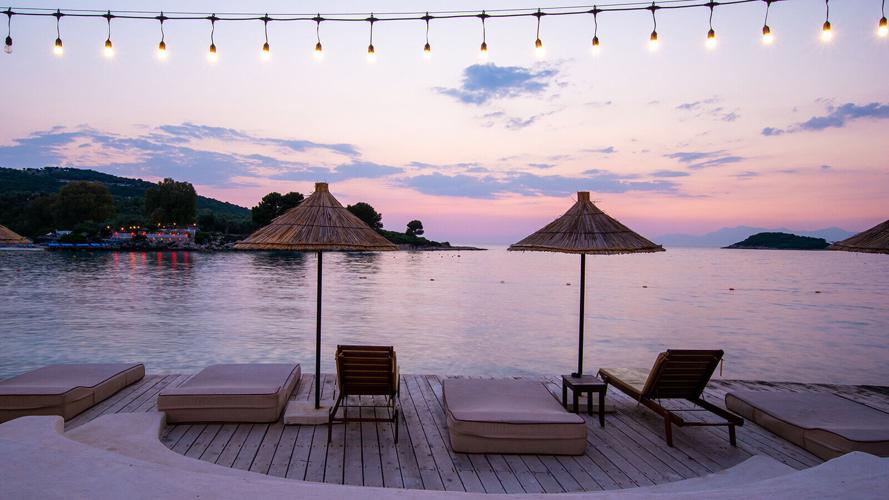 The Albanian shoreline in Ksamil is seen here. Albania's coast is far less slammed by tourists than nearby Greece or Italy. 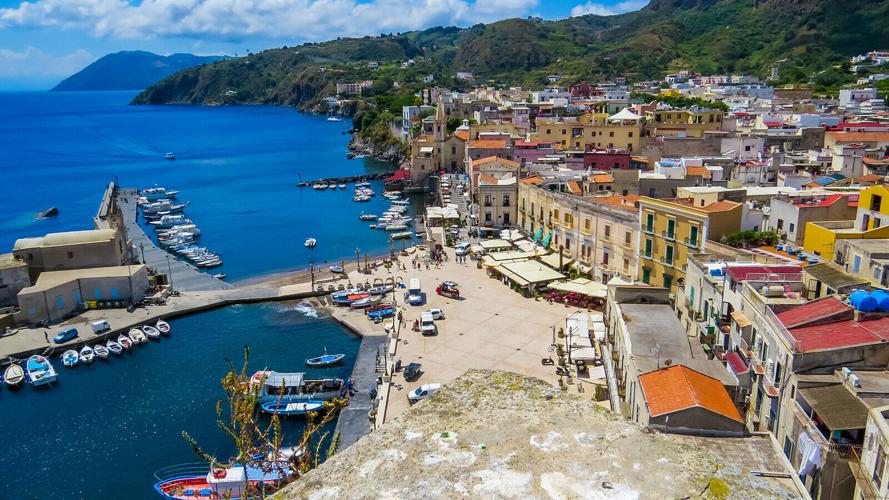 Lipari is one of the volcanic Aeolian Islands located off the north coast of Sicily. 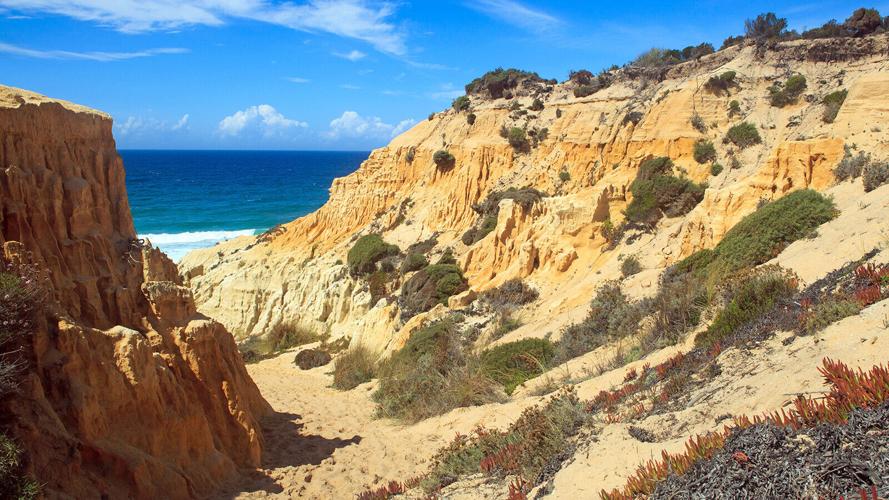