Tornadoes are one of Earth's most violent forces of nature. They have occurred in all 50 states and have been spotted throughout the year. While they are most common in the United States, tornadoes can occur all over the globe.

While great strides have been made in the study of tornadoes, there's still so much we don't know about them. They have been studied immensely during the last few decades to learn what causes them and how they form.

CNN meteorologist Brandon Miller, who is also a storm chaser, has been following and studying these storms since 2005.

"Something you learn from studying tornadoes, especially in the field, is that there is no perfect formula for forming a tornado -- every storm is unique," says Miller.

"Sometimes, it may appear that a storm is in a perfect environment for a tornado to form, yet it never does. Conversely, tornadoes frequently form in marginal environments where it seems like one or more 'ingredients' to storm formation is missing or lacking," says Miller.

While there's no perfect formula as to which storms will produce tornadoes, there's commonality in the anatomy of the systems that result in tornadoes.

There are even signs you can see that will help you understand the life cycle of a developing storm that could produce a tornado.

The development of a thunderstorm

As warm air rises, clouds begin to grow taller and taller. This is the developing phase of the thunderstorm. You can see fluffy white cumulus clouds grow taller with your own eyes. This is before you see rain or hear thunder.

This indicates very cold air at the top of the cloud and could be a precursor to the possibility of hail.

When a thunderstorm becomes a supercell

As the storm matures, it could become what's known as a supercell. A supercell is a rotating thunderstorm.

"Nearly all supercells produce some sort of severe weather (large hail or damaging winds) but only 30 percent or less produce tornadoes," says the National Oceanic and Atmospheric Administration.

During this mature phase of the thunderstorm or supercell; heavy rain, lightning, hail and very strong winds are expected.

Sometimes, you will feel a strong gust of wind a few moments before the rain arrives. This is called a gust front. This is caused by cool air being forced down from the storm cloud. When the cold air hits the ground, it spreads out quickly, ahead of the storm. This is a sure sign that a storm is near.

The formation of a tornado

Tornadoes are usually formed from supercells. These supercells develop when there are several ingredients in place to help them thrive: instability, lift and wind shear.

Within the supercell, wind shear becomes a crucial component to the storms development. Shear is when winds change directions with height. This creates spin within the thunderstorm cloud.

Another force that's acting inside the supercell is a downdraft. This is an area of drier air that is pushed down from the storm. As it's forced down, it wraps around the backside of the storm.

The updrafts and downdrafts work in tandem to pull the horizontal column of air down to form the tornado. This vertical column of air is called a funnel cloud until it touches the ground -- at that point it becomes a tornado.

"The most telltale sign that a tornado could be forming, when you are looking at a close-range severe thunderstorm, is the 'wall cloud,'" says Miller.

The wall cloud is a lowering of the cloud base that will lead to the vortex, or spinning of air.

When this rotating column of air touches the ground, a tornado has formed.

The presence of a wall cloud doesn't always mean a tornado will form, but it certainly ups the odds. "You will know you are looking at a wall cloud because it will hang noticeably lower than the rest of the thunderstorm and you may notice it is rotating if you look closely," says Miller.

Tornadoes have produced the strongest winds recorded on Earth

Most tornadoes are relatively small and short-lived, and can still be dangerous and cause damage. However, more violent tornadoes can be more than a mile wide and stay on the ground for more than an hour. This is because they have much more momentum than the smaller tornadoes, making them harder to stop.

Miller has witnessed roughly 15-20 tornadoes during his years storm chasing.

"There is no denying that there is a certain amount of excitement that comes from seeing a tornado when you are set out with the intent of seeing one," says Miller.

"At the same time, you are balancing that excitement with a sizable amount of anxiety and concern over what the tornado could do, especially if there are residents in the immediate path of the storm. As someone who spent years studying, and many more years reporting on, tornadoes, it still gets all my nerves firing when you see a tornado in person."

The smaller tornadoes have winds of 60-110 mph, while the more violent tornadoes can have winds from 160 to more than 200 miles per hour.

The strongest winds ever recorded on Earth were from a tornado, on May 3, 1999, in Bridge Creek, Oklahoma at more than 300 mph.

Jeff Bezos is flying to space on Tuesday. Here's everything you need to know

Bug experts are dropping the common name of a destructive insect because it's considered an ethnic slur: the gypsy moth. 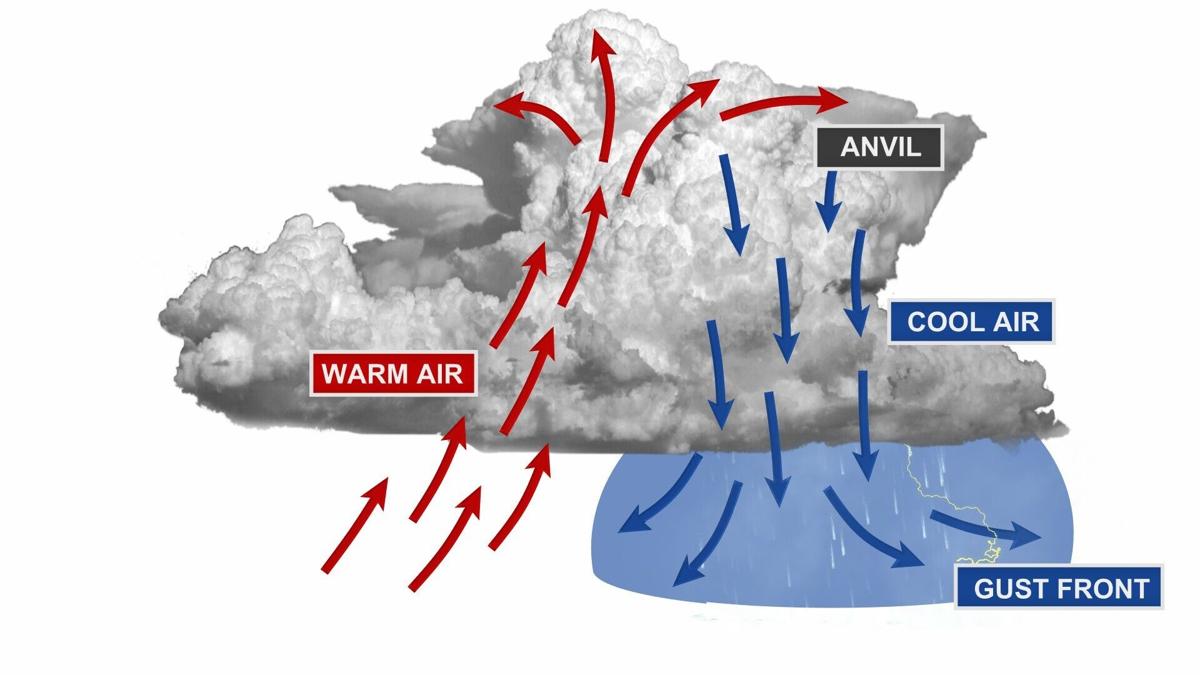 Cold air rushing out of the storm cloud, producing a gust front. 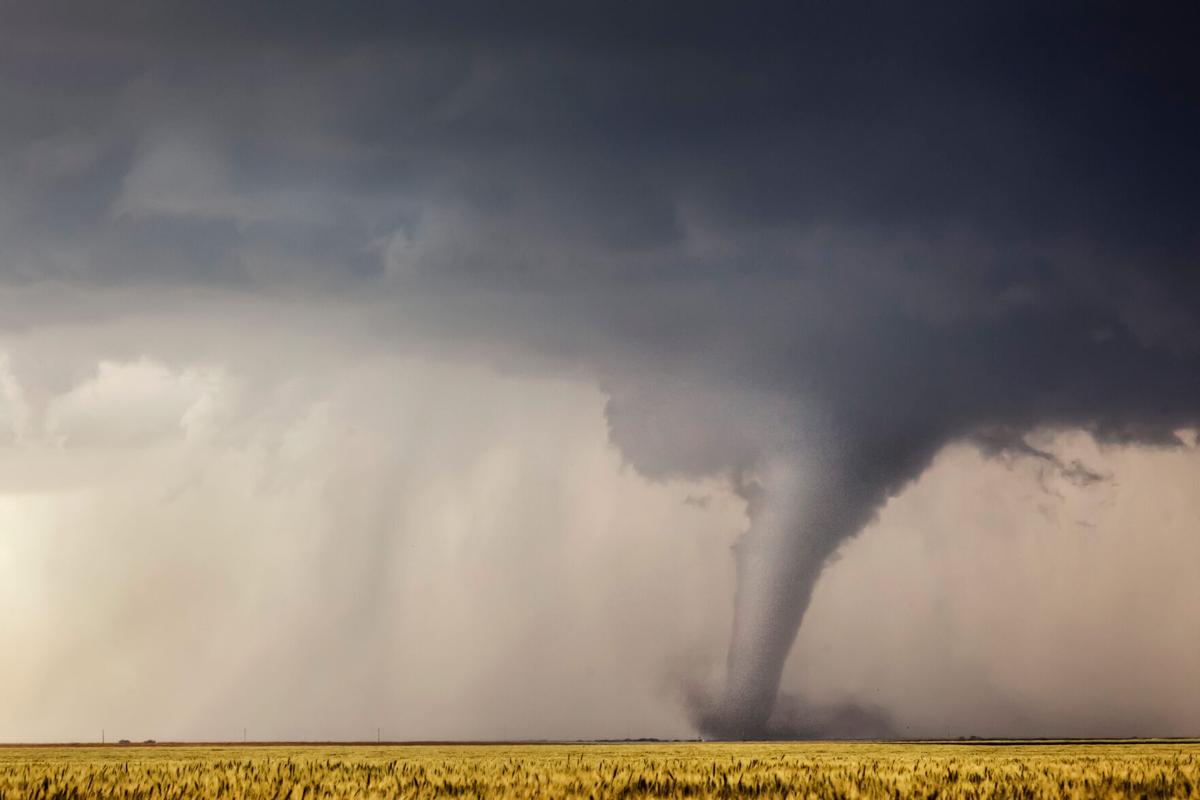 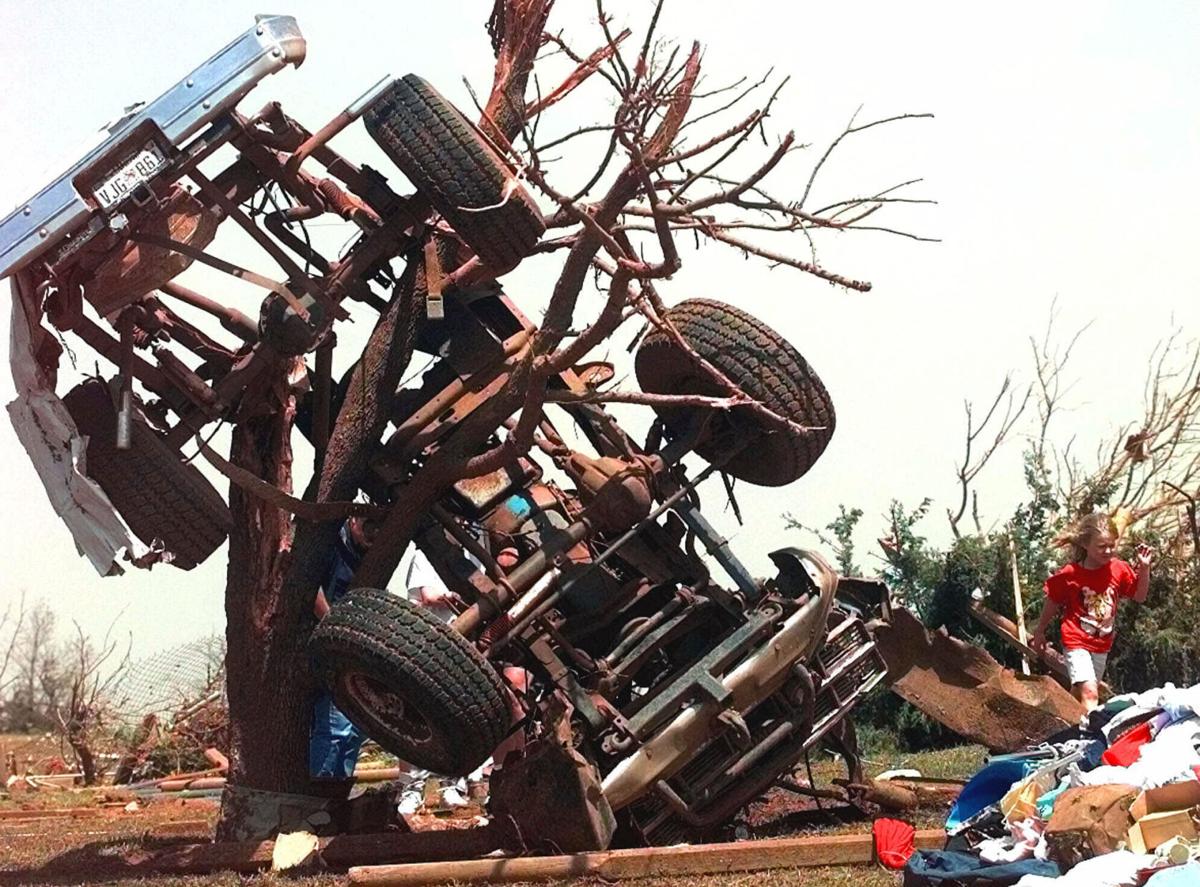 Chealsea Zuchnic, 3, walks past the remains of a truck wrapped around a tree in front of the Zuchnic's destroyed home in Bridge Creek, Okla., on May 4, 1999. 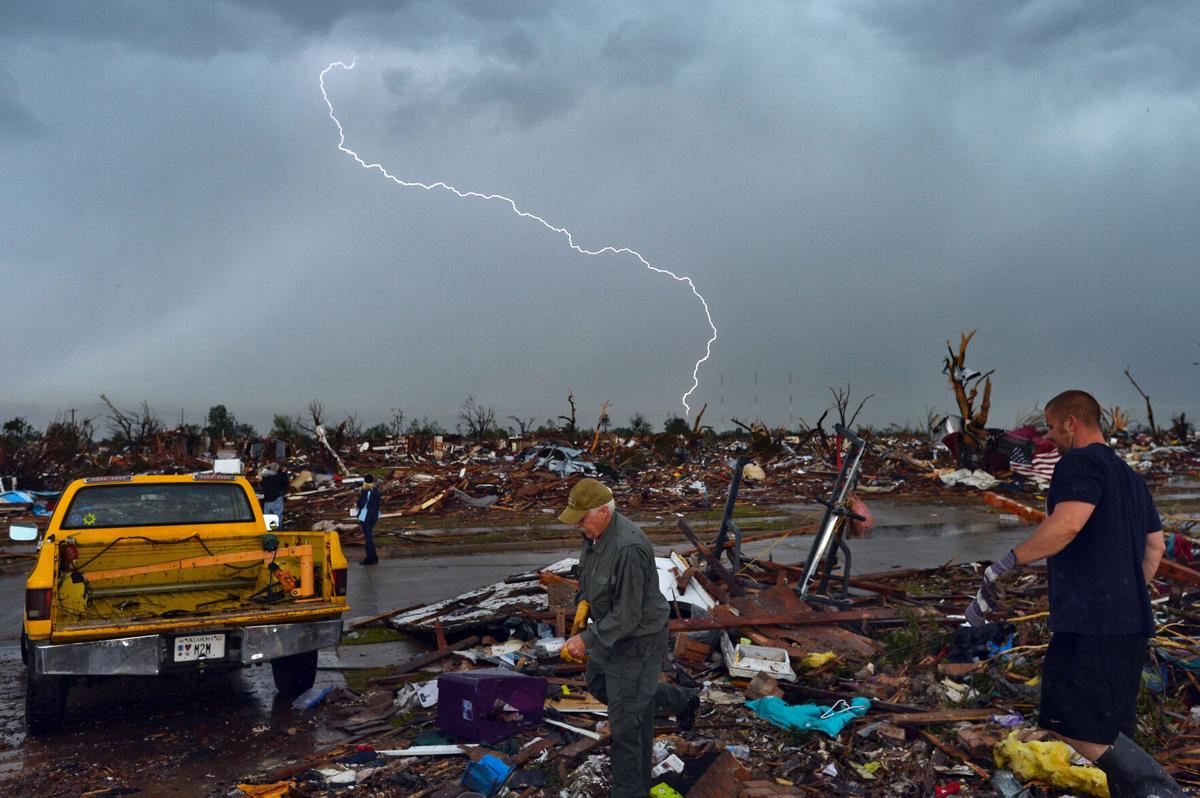 Lightning strikes as tornado survivors search for salvagable items at their devastated home on May 23, 2013, in Moore, Oklahoma. Two dozen people died in a tornado there. 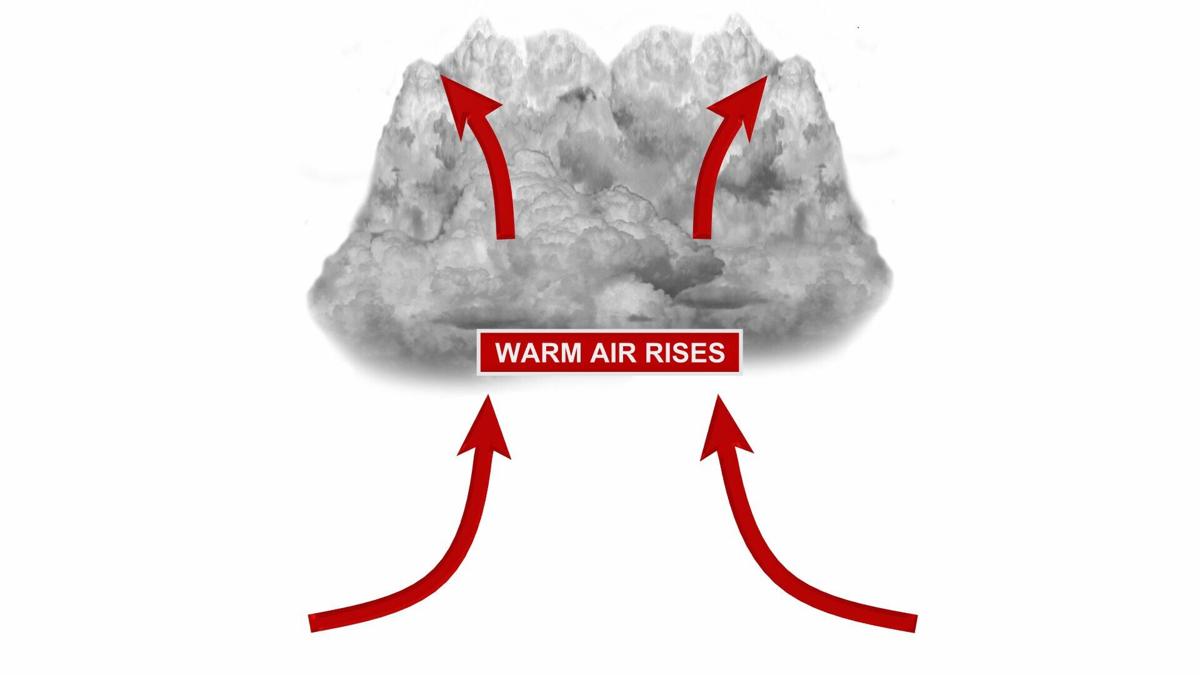 As a thunderstorm develops, air rises, helping the cloud grow taller and taller. 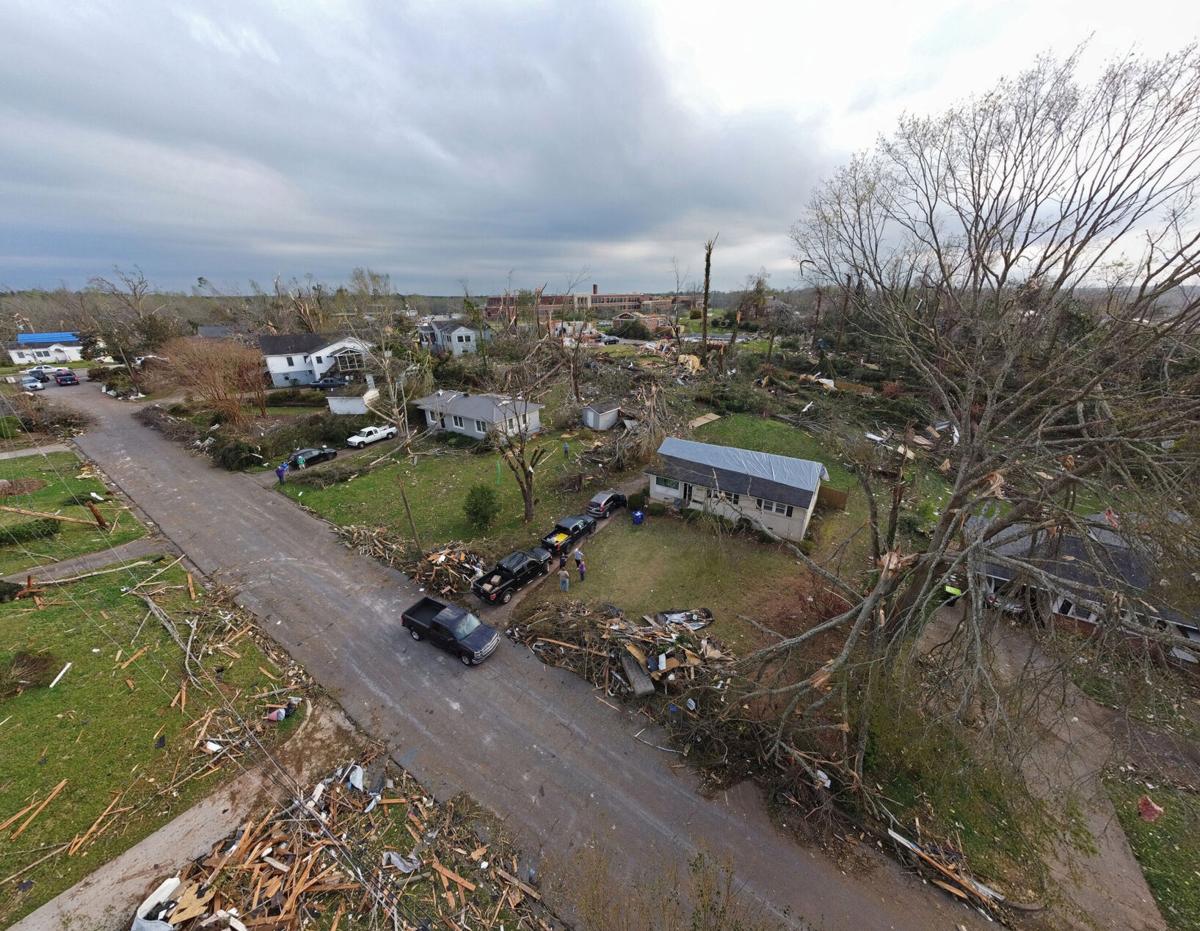 An aerial view from a drone shows tornado damage to homes on March 26, 2021, in Newnan, Georgia. According to reports, an EF-4 rating tornado passed through the region.