You know what they say, the Macy's Thanksgiving Day Parade is all fun and games until one of the balloons goes down. Since the parade started marching balloons around Manhattan in 1927, the massive floating figures have occasionally come untethered, blown clear away, or been punctured, stabbed, deflated and subjected to all sorts of ignominy.

While most of the balloon incidents are at least a little humorous (the hubris of man, to create such beasts!), a small handful of accidents have ended with people being seriously injured. Some of those cases have led the parade's organizers to change the rules regarding their most beloved -- and problematic -- parade participants. After all, a deflated Kermit here and there is just the way the parade floats, but there's nothing festive about people getting hurt.

1927: Felix is released to the giant cat motel in the sky

Imagine you're a parade-goer in 1927. There was no TV, no Disney World, and the Empire State Building wouldn't be constructed for another few years. Seeing the parade's first balloon, a giant and not at all spooky Felix the Cat, was probably big stuff. It all went swimmingly until it came time to deflate the dang thing. Apparently everyone had gotten so caught up in getting the cat in the air, they hadn't given much thought to, you know, getting it down and flat again. So, the balloon's handlers just kinda...let it go. Like a pie-eyed feline Icarus, dear Felix flew too close to the sun, and popped.

Even the more routine balloon deflation always carry a bit of dramatic zeal. Take the fall of the Mighty Mouse balloon in 1956. It was a tale as old as time: Balloon meets street sign, street sign wins, balloon crumples helplessly to the ground. This one's just funny well, because, it's Mighty Mouse! He's supposed to fly! And be mighty! And yet, that day, he accomplished neither.

Popeye the Sailor Man has always been known for his coarse manner. True to form, in 1957 the Popeye balloon had had all that he could stand, and couldn't stands no more. As a chilly rain blanketed the city, it collected in the top of Popeye's iconic sailor's cap. One tight turn was all it took for it to tip and dump gallons of water on unsuspecting spectators. Ah-gahgahgahgahgah!

1991: Kermit the Frog is scarred for life

Life was hard for the first Kermit balloon. In 1985, the frog was eviscerated after crashing into some trees, but managed to survive the rest of the parade. The more crippling blow came in 1991, when it lost in another encounter with a tree, which left is head deflated in a decidedly un-festive way. The balloon was never the same, and was retired shortly afterward. A new, improved and tree-resistant version was debuted in 2002. It did some journeyman work for the parade, retiring after two years and then returning for a few years starting in 2007, but things were never the same. The poor frog's balloon spirit had simply seen too much.

If it is possible for every worst-case scenario to happen at once, the 1997 Macy's Thanksgiving Day Parade came really close. During the parade, high winds caused the the Cat in the Hat balloon to strike a lamppost, and part of the post came crashing down on the head of a bystander. The woman suffered serious injuries and was in a coma for a month. On high alert, police at the parade reined in, stabbed and stomped down the Barney and Pink Panther balloons to make sure they couldn't do any more damage. The incident caused parade officials to change requirements for the balloons, banning the super large and unwieldy ones. It also gave everyone a wake-up call about wind.

That's why, if you ever hear chatter about the balloons being grounded due to high winds, you shouldn't groan in disappointment. It could be much, much worse if they're allowed to fly.

The Ethical Life podcast: What are the ethical pitfalls of Halloween, Thanksgiving and Christmas?

The CDC updated its mask guidelines. What to know about 'the highest level of protection'

Here's what you need to know about masks like N95s, where to get them and how to use them safely.

The tests will be provided at no cost, including no shipping fee. The White House said "tests will typically ship within 7-12 days of ordering."

Authorities say a man apparently took hostages Saturday during services at a synagogue near Fort Worth, Texas. It wasn't clear how many people were in the building.

Biden challenges Senate on voting: 'Tired of being quiet!'

Sixteen U.S. universities are being sued by five former students over alleged antitrust violations involving how financial aid was determined.

The interview was seized upon by figures like Donald Trump Jr., Tucker Carlson and Laura Ingraham to imply the Biden administration has been lying to the public.

US to allow teen semi drivers in test apprenticeship program

The federal government is moving forward with a plan to let teenagers drive big rigs from state to state in a test program. 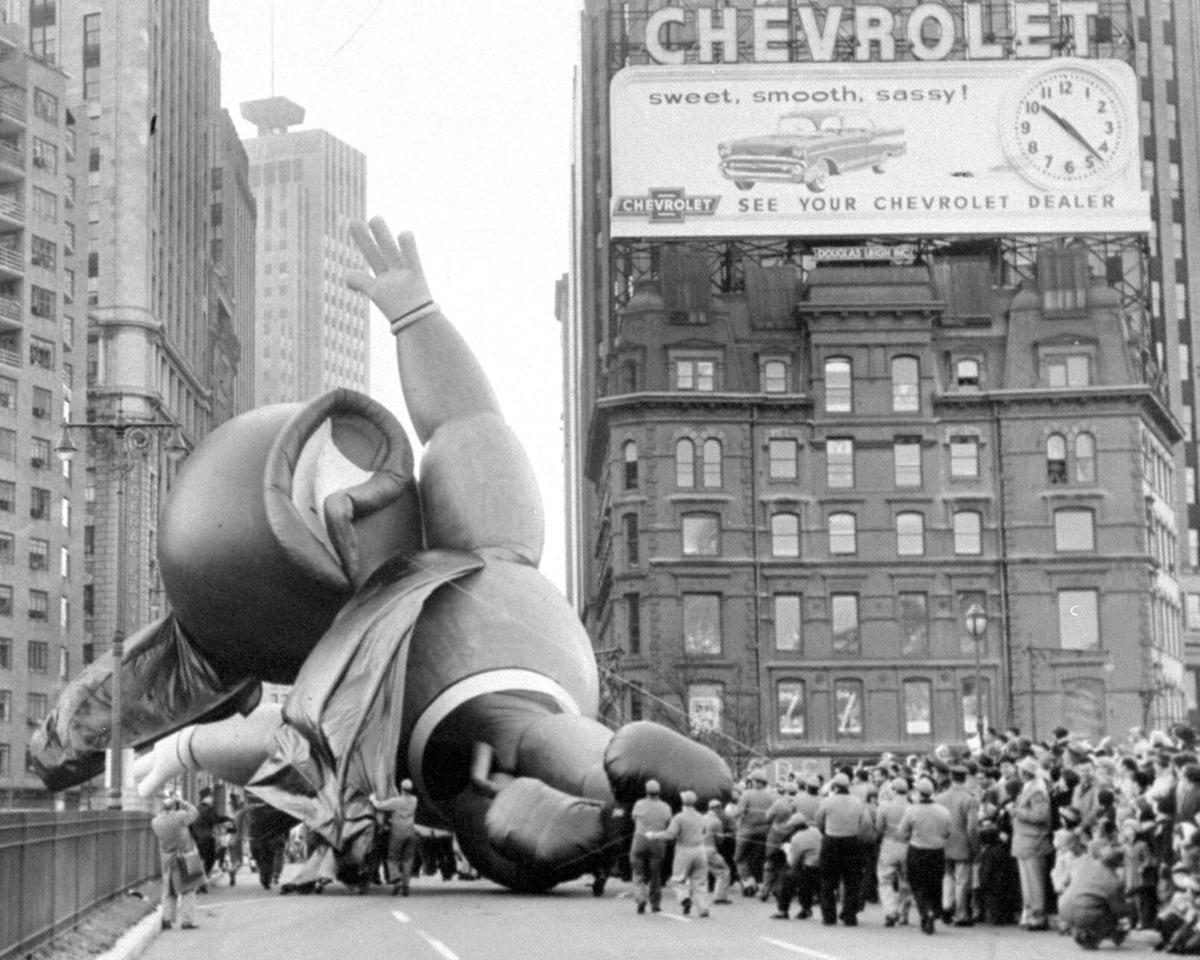 The Mighty Mouse balloon deflating at Columbus Circle during the Macy's Thanksgiving Parade. 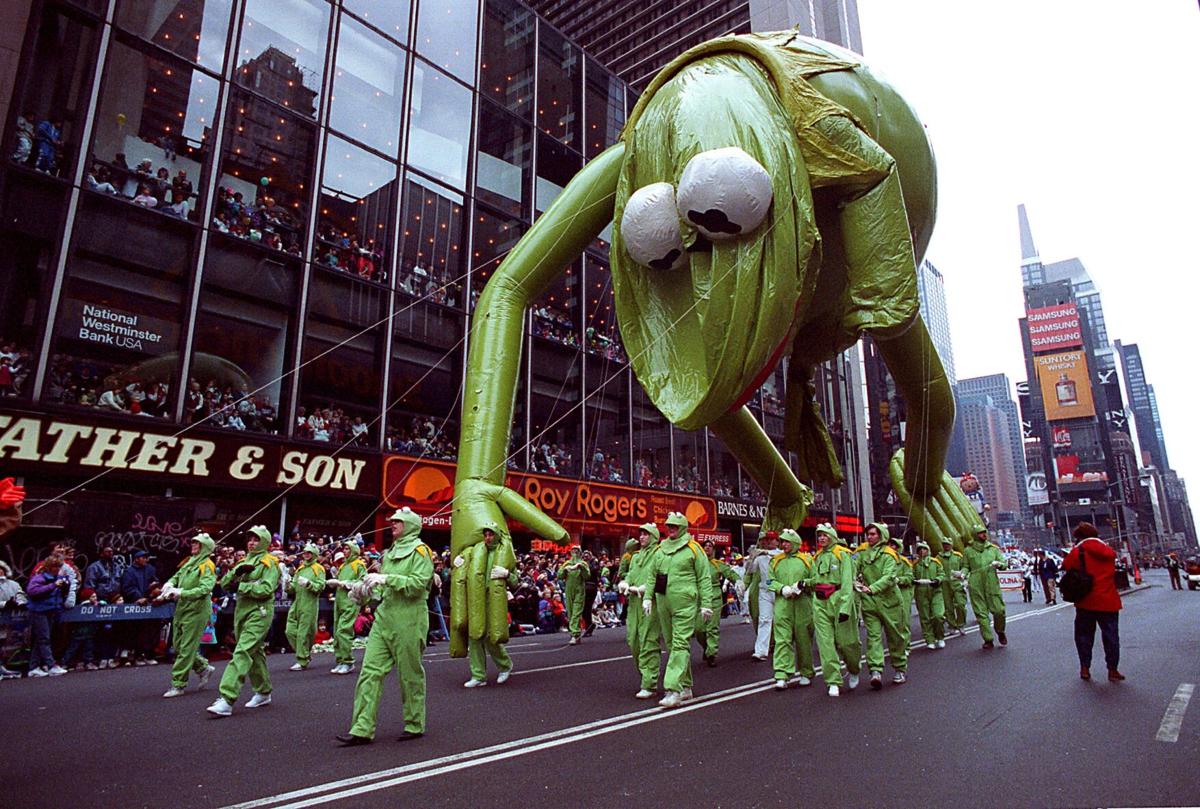 Kermit the Frog droops after a puncture in his head lets out the oxygen-helium mixture in the balloon during the 65th annual Macy's Thanksgiving Day Parade in New York City, Thursday, Nov. 28, 1991.