AUSTIN, Texas (AP) — Six years had passed since Glenda Valdez kissed her toddler goodbye and left for the United States — six years since she held Emely in her arms.

But here she was, at Texas' Austin-Bergstrom International Airport, tearfully embracing the little girl she left behind. And it happened only because she had glimpsed a televised photo of Emely, part of an Associated Press story on young people crossing the Mexican border alone.

"I love you so much," she whispered in Spanish in her 9-year-old daughter's ear. "My God, thank you."

It was a fairy tale ending — for the moment — to a complicated story, one that began in Honduras and with an unhappy relationship, according to Valdez, 26.

Emely's father, she said, was absent and did not provide for them. When Valdez emigrated in pursuit of a better life, the girl was left in the custody of Valdez's mother. But Emely's father took her back.

Valdez said she only had sporadic contact with her daughter — the father preferred that they not speak regularly. Every so often, Valdez would get a video call; eventually, Emely told her that she had a new stepmother who was not kind to her.

Emely told her that her father — seeing that she was unhappy with her life in that household — had decided to send her away, without telling her where. He placed her in the care of an adult who over several weeks helped her journey to the U.S.-Mexico border.

Around midnight as the day turned to May 13, Border Patrol agents encountered Emely in La Joya, Texas. She had been walking in the brush for six hours with a group of strangers and had lost a shoe in the mud. She was sobbing uncontrollably.

"I was thirsty and we didn't have anything to drink and I didn't like it and I didn't know where I was going," Emely said in Spanish on Sunday.

When the agents found her, she said she had lost her mother's number, and did not know where her mother lived. Desperate, she gave reporters details she thought might identify her mom: "Her hair is curly, but sometimes she straightens it. And she has a lip ring."

Her mother was expecting her, she said. But Valdez said Sunday she had no idea her child had been sent to cross the border.

Valdez was at her home in Austin, watching a Univision newscast one afternoon in May, when she saw the picture of Emely in a red hoodie. She knew at once that it was her daughter. Desperate, she immediately began making calls to U.S. authorities, the network and refugee agencies.

"I was like in shock, honestly, because imagine you are watching the TV and you suddenly see your daughter," Valdez said. "And then even more to see her crying and everything she was saying broke my heart, honestly, everything she said there, that she was upset and crying and all that, and to see her image, barefoot and all was very difficult for me."

Emely said she was taken to a group home. But Valdez didn't know that, and for weeks she said she got only vague answers to her pleas for information. Be patient, she was told.

Last Wednesday, she got a call: Emely was in a government shelter. They would be reunited soon. And then, on Saturday, she was told to meet her daughter at the airport the next day. At the appointed time, she raced to the bottom of the stairs at the crowded arrivals terminal to hug her daughter.

Emely is part of a large increase in children traveling alone who are entering the United States from Mexico — nearly 19,000 in March (the highest number on record) and nearly 17,200 in April (the second highest). Almost one of every three unaccompanied children appearing at the border is from Honduras, second only to Guatemala.

Guided by federal law and a decades-old court settlement, the U.S. Health and Human Services Department seeks to place unaccompanied children in the "least restrictive setting" possible, which, in the vast majority of cases is a parent or close relative already living in the United States. It took an average of 35 days to place children in a home at the end of May; Emely was reunited with her mother 10 days less than that.

Children are typically released with instructions to appear in immigration court, where a judge rules on their asylum claims. Decisions can take years — the court system has a backlog of 1.3 million cases.

While Emely awaits her court date, the girl has moved in with Valdez, her husband and their two daughters, who are excited to get to know this new sister they had only met virtually.

And to Valdez's immense satisfaction, she is reconnecting with the little girl she said goodbye to six years ago.

"Well, the plan is everything that God wants and to be with her here," Valdez said.

Photos: Tearful reunion after mom saw photo of daughter at US border

Acacia Coronado is a corps member for the Associated Press/Report for America Statehouse News Initiative. Report for America is a nonprofit national service program that places journalists in local newsrooms to report on undercovered issues.

'The war has changed': CDC document warns Delta variant appears to spread as easily as chickenpox

The document — a slide presentation — outlines unpublished data that shows fully vaccinated people might spread the Delta variant at the same rate as unvaccinated people.

Federal workers will be required to verify they've been vaccinated against the coronavirus or else face mandatory masking, weekly testing, distancing and other new rules.

The Biden administration will allow a nationwide ban on evictions to expire Saturday, arguing that its hands are tied after a Supreme Court ruling.

US economy surpasses pre-pandemic size with 6.5% growth in 2nd quarter

Fueled by vaccinations and government aid, the U.S. economy grew at a solid 6.5% annual rate last quarter in another sign that the nation has achieved a sustained recovery.

The COVID-19 pandemic, coupled with record sales of firearms, has fueled a shortage of ammunition in the United States. It's impacting law enforcement agencies, rec shooters and hunters. 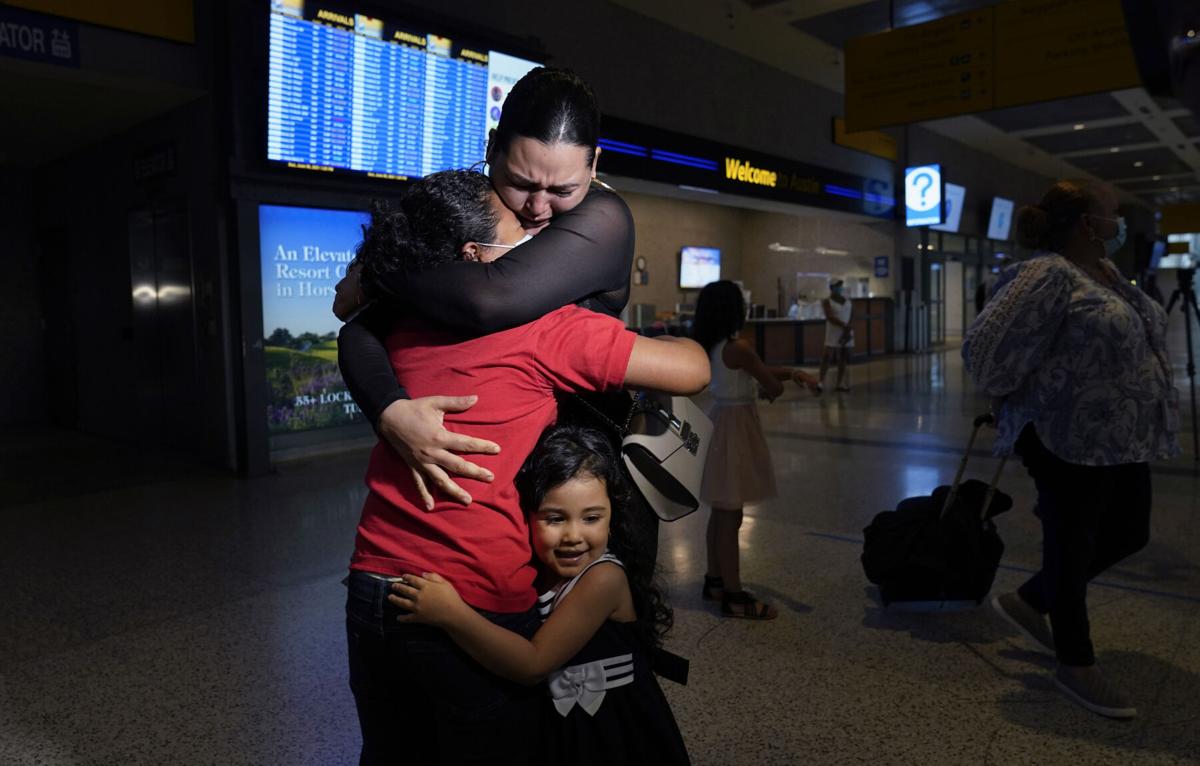 Emely, left, is reunited with her mother, Glenda Valdez and sister, Zuri, at Austin-Bergstrom International Airport, Sunday, June 6, 2021, in Austin, Texas. It had been six years since Valdez said goodbye to her daughter Emely in Honduras. 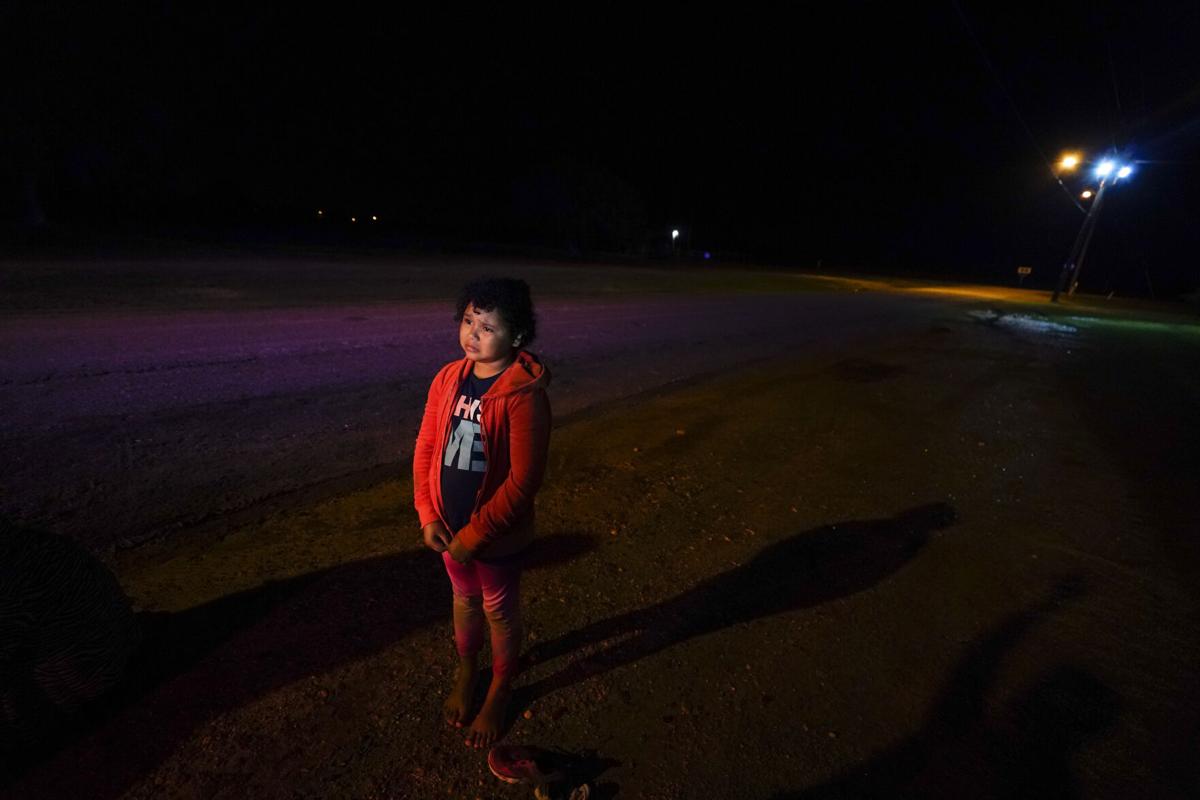 In this May 13, 2021, file photo, Emely, 8, of Honduras, stands alone after turning herself in upon crossing the U.S.-Mexico border in La Joya, Texas.