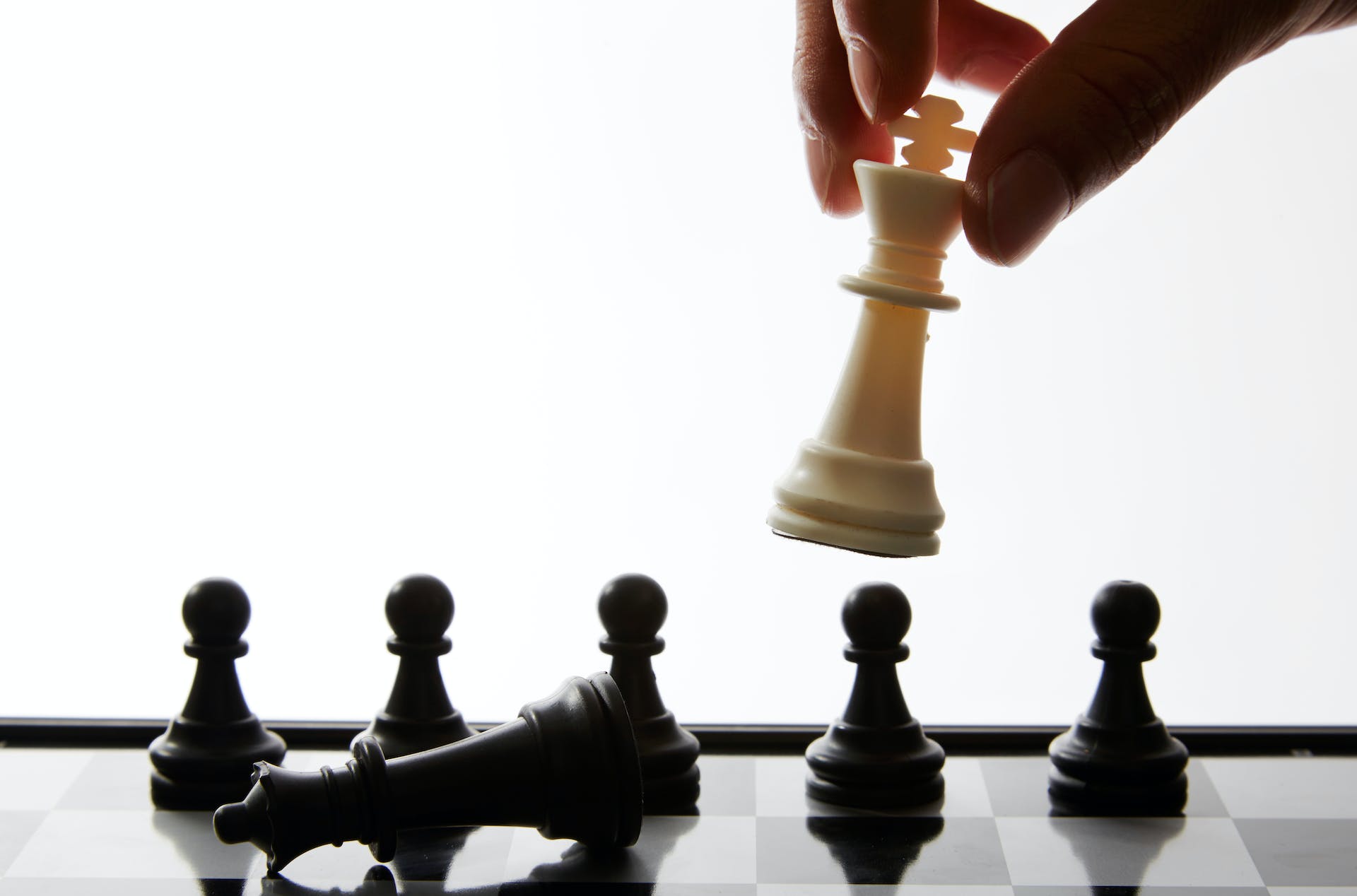 The recent protests over racism have rekindled a longstanding discussion about whether chess promotes white privilege with its rule that the first move always goes to the player with the white pieces. In this Q&A, Daaim Shabazz, an international business professor and chess journalist, offers insight into whether there’s any merit to the idea that the rule is meant to uphold white privilege.

Who decided that white should always go first?

Johann Löwenthal, a British master, put forth one of the first proposals of record to give white the obligatory first move. At the First American Chess Congress, held in New York in 1857, Löwenthal sent two letters to the secretary of the New York Chess Club, Frederick Perrin.

On page 84 of the congress’s proceedings, it refers to one of the letters by citing “the advisableness of always giving the first move, in published games, to the player of the white pieces…” This rule was not immediately adopted, and tournament organizers maintained flexibility on the first move. In the Fifth American Chess Congress in 1880, it was written on page 164 of the Code of Chess Laws, “The right of first move must be determined by lot. The player must always play with the white men.” 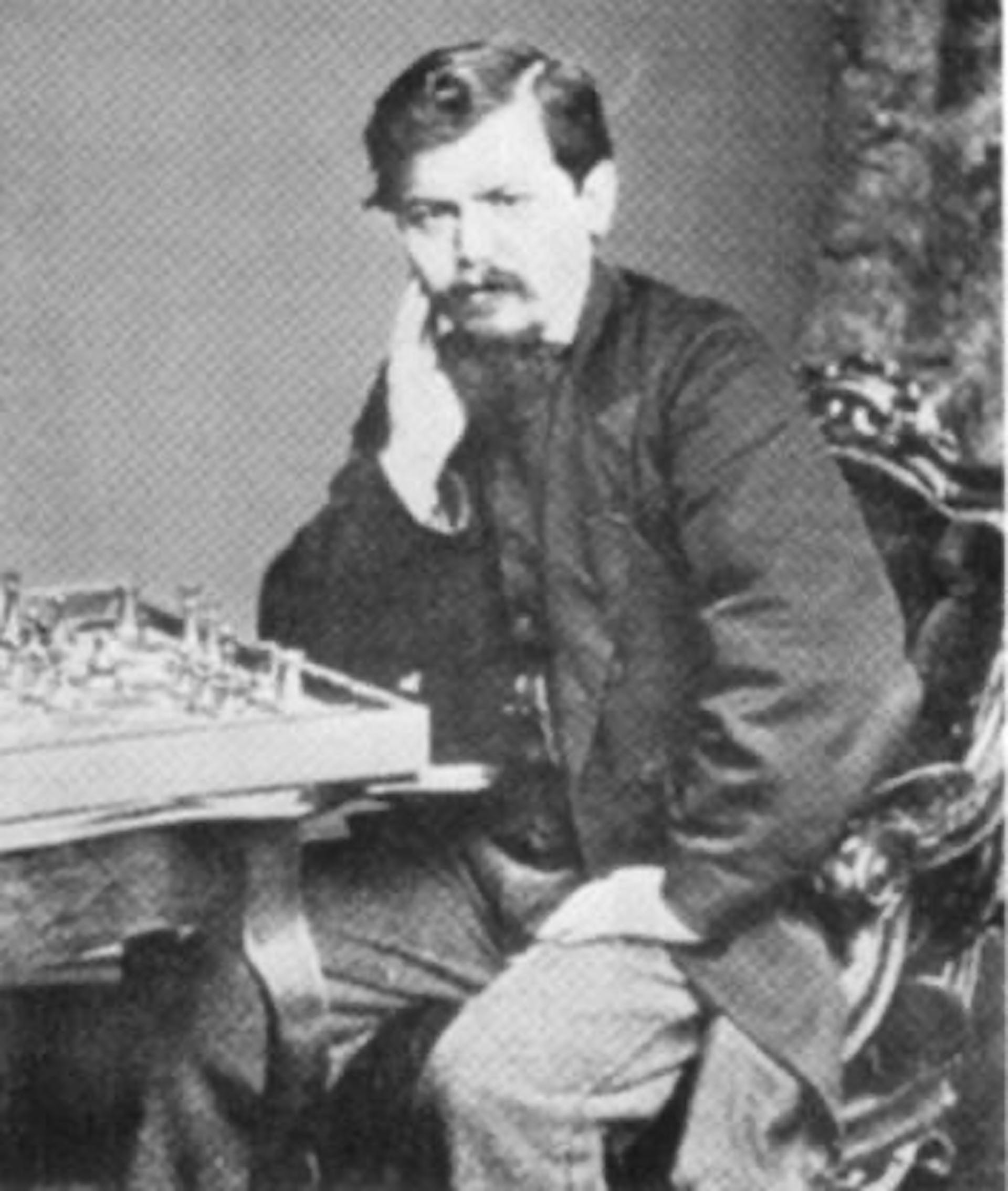 Steinitz wrote in 1889 that the player with the white pieces should move first. www.wikicommons.com, FAL

Wilheim Steinitz, the first world champion, repeated this idea in his 1889 book, “The Modern Chess Instructor,” where he wrote on page XII: “The players draw by lot for move and choice of color. In all international and public Chess matches and tournaments, however, it is the rule for the first player to have the white men.”

Thus, there was a growing consensus that white should move first.

Was that decision rooted in racism?

I am not aware of any direct evidence. However, chess players were not only part of the intelligentsia, but also men of their times. On page X in the proceedings of the Sixth American Chess Congress in 1889, Steinitz poetically extolled the virtues of chess as being among the “intellectual pastimes of civilized nations.” This is a time when Europeans generally did not regard Africa as a place of civilization. For instance, five years earlier at the Berlin Conference of 1884, Europeans had begun to execute their colonial plan and “aim at instructing the natives and bringing home to them the blessings of civilization.”

Does the rule give white an advantage?

It is my view that chess players, including grandmasters, overstate white’s first-move advantage.

Russian grandmaster Evgeny Sveshnikov stated back in 1994 that a player should win with white and be content to draw with black. 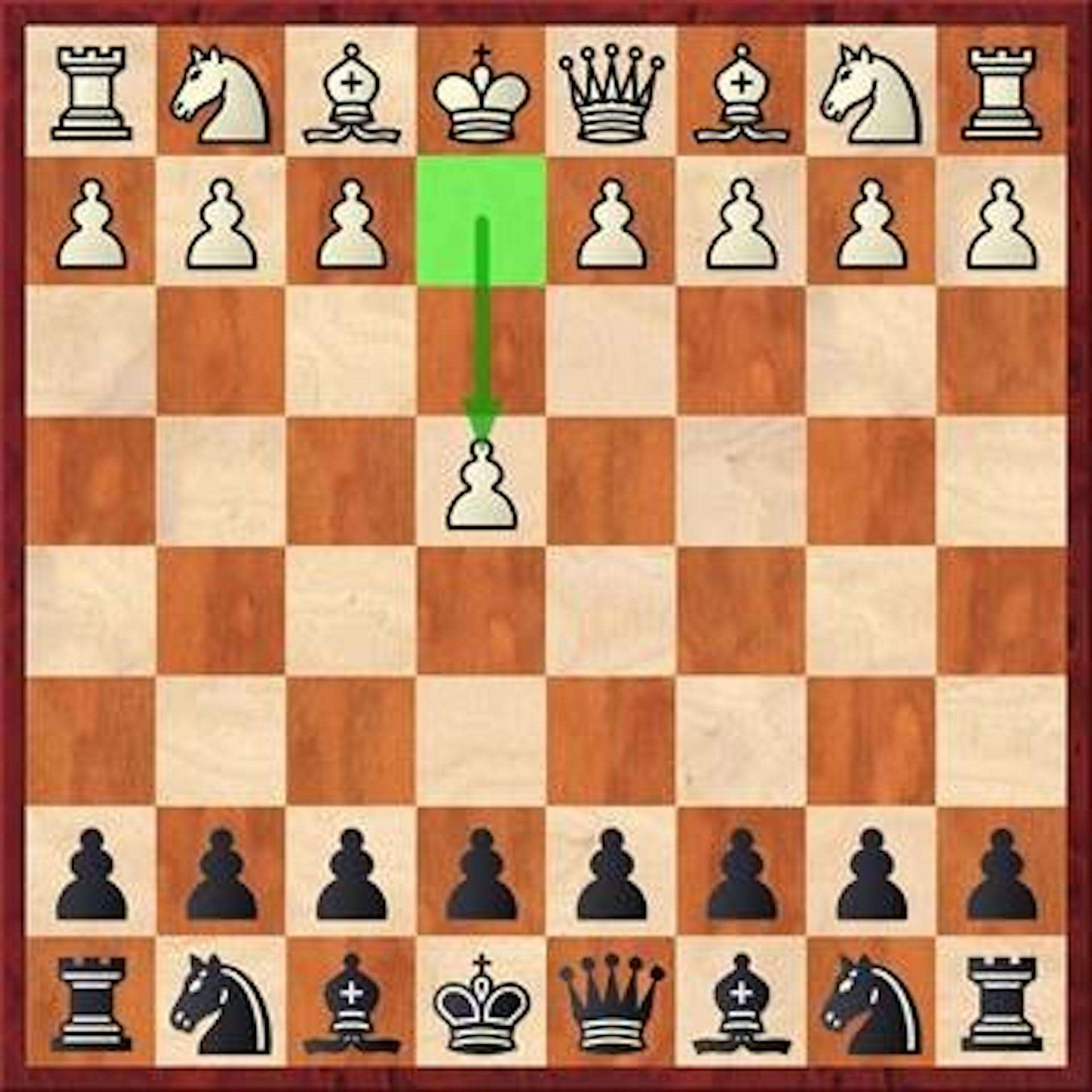 One chess theorist held that black is lost from the start when this move is played.

As early as 1939, American master Weaver Adams claimed white is winning after the very first move, at least when that first move was the pawn to the e4 square – that is, the square three spaces in front of white’s king. But he ended up losing a match to I.A. Horowitz, who wanted to prove a point by taking black in every game.

Since A.D. 1475, white’s overall winning percentage has been approximately 55% in nearly 1 million games. This includes percentage of total wins plus half the percentage of drawn games. Is this result because of the first move itself? Steinitz seemed to suggest otherwise when he stated on page XXXII in his classic book, “Modern Chess Instructor,” “by best play on both sides, a draw ought to be the legitimate result.”

How would things change if black moved first? 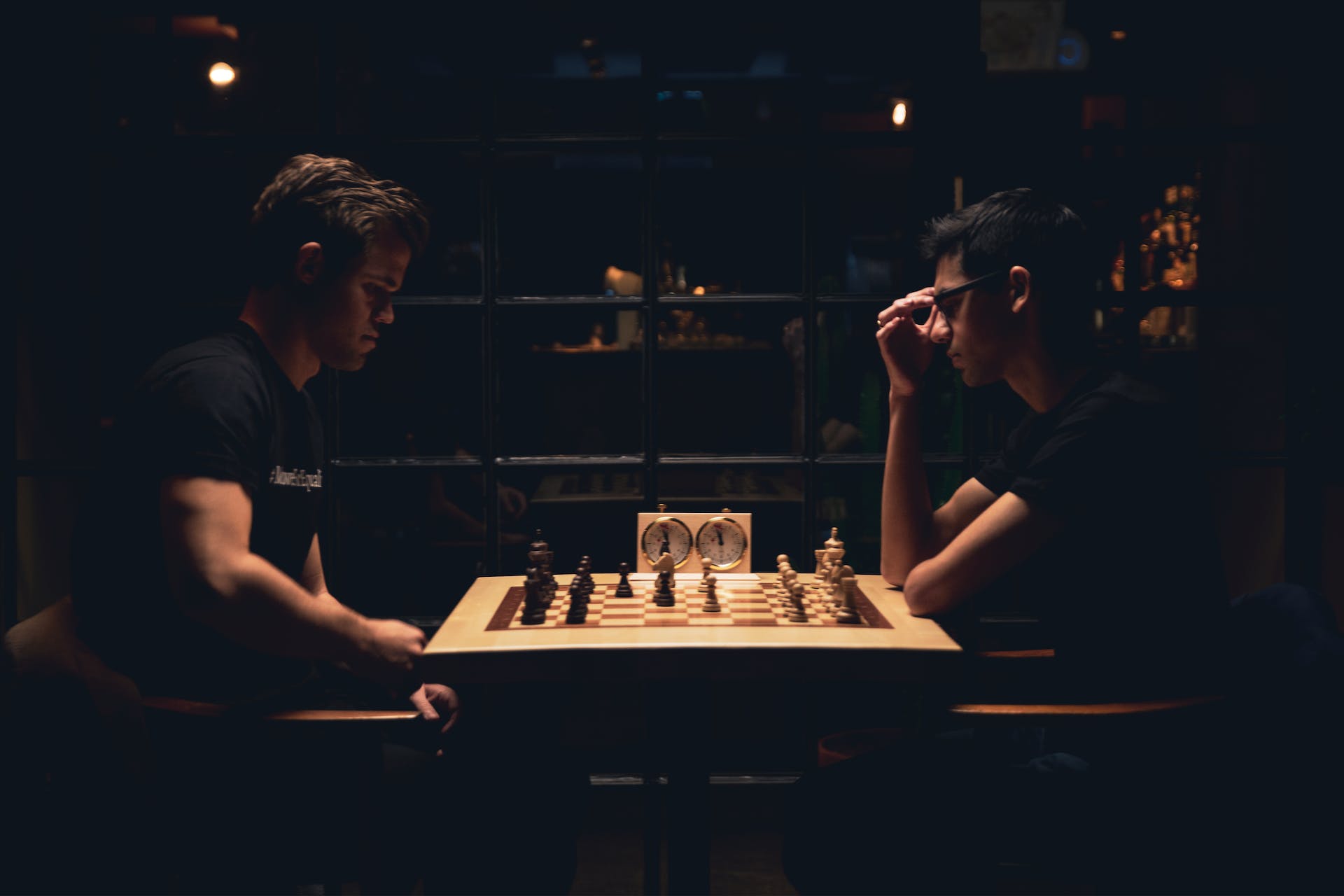 Magnus Carlsen and Anish Giri, two of the world’s top players, played a game in 2019 which the player with the black pieces moved first to call attention to racial inequality. #MoveForEquality

In 2019, Magnus Carlsen and Anish Giri – who as of July were the number 1 and number 10 players in the world, respectively – promoted a #MoveforEquality campaign as a way of acknowledging social inequalities. In their game, black moved first and the line was, “We broke a rule in chess today, to change minds tomorrow.” It was billed as an anti-racist statement, but some took it as a suggestion to change the rules of chess to black having the first move.

If black moved first, it would take some getting used to for players who are accustomed to white going first. This would be especially true for the opening moves, since the white and black chess armies are positioned slightly differently. For instance, as white, the queen is on the left-hand side. As black, the queen is on the right-hand side.

As it exists now, the lighter color always moves first. Some see this as analogous to racial privileges in society. The late Frances Cress-Welsing, a psychiatrist, made a chess analogy in her “Cress Theory of Color Confrontation,” noting that the psychology of white having the first move was as the natural aggressor against black forces.

Socially speaking, an ideal solution would be to give both colors a 50% chance to move first. That is the way it was in shatranj, a precursor to modern-day chess. Instead of picking which player gets the favorable color, something like a coin toss would determine which color gets to move first. Of course, this would be “equal opportunity” but result in a totally different approach to playing chess.

What are the psychological effects of white going first? 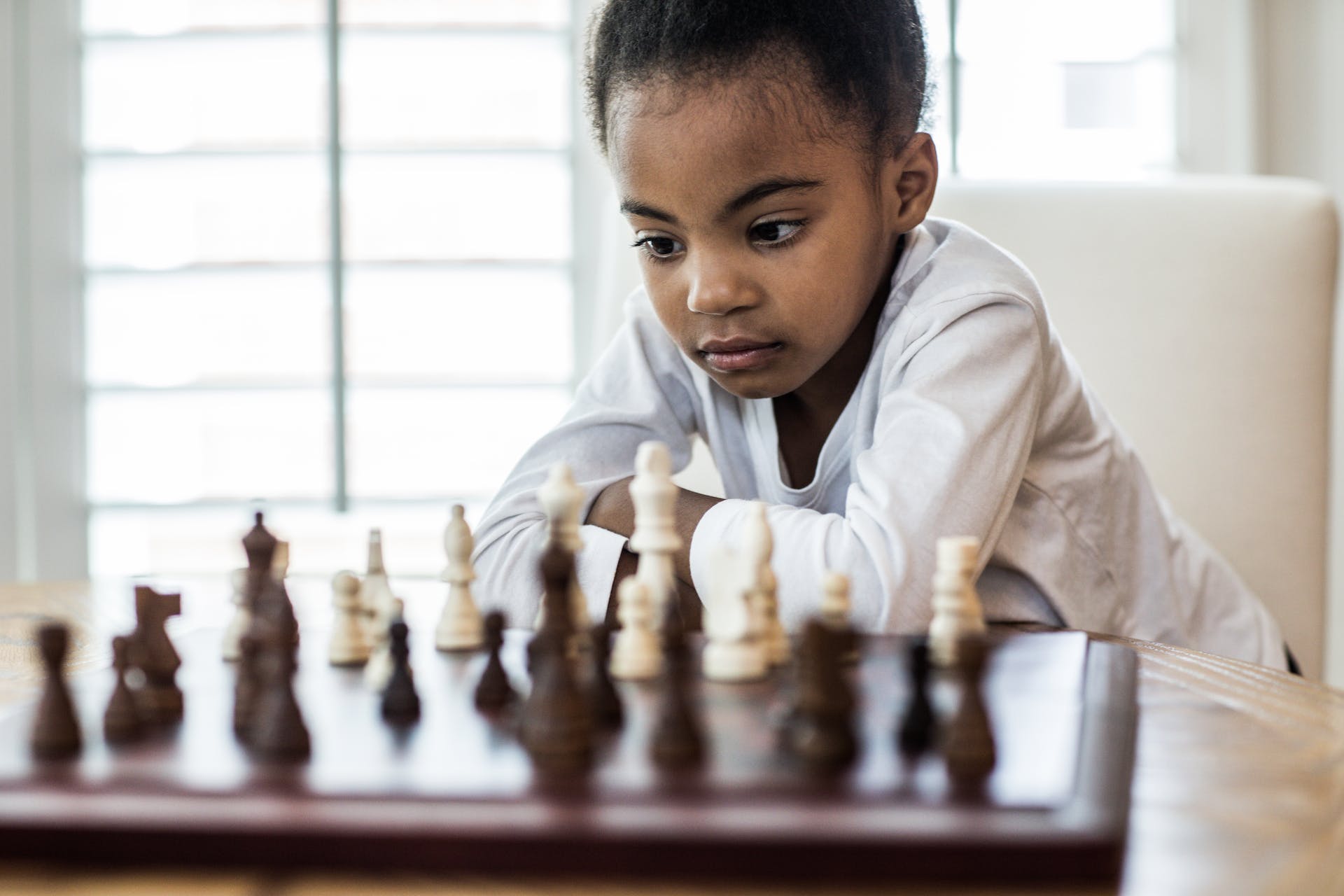 Beginners learn early on about the rule that white always gets the first move. MoMo Productions/Getty Images

There are several psychological factors at play. A beginner of chess learns the power of “white first” very quickly. They will see that an opponent will prefer the white pieces if given a choice. They feel a sense of empowerment even when they are playing a stronger opponent. For this reason, players who play white may be more motivated to win. Conversely, we have been conditioned to believe that black should be content with a draw.

This relegation of black to an inferior status has been reinforced in many ways. The early chess books focused on how to exploit the white advantage over black. It was an attempt to show the power of the first-move privilege.

When one looks at chess books, the diagrams are generally positioned to be from the white army’s perspective. This is even true for books focusing on strategic systems for black. However, the seminal “Black is OK” series by Hungarian grandmaster András Adorján feature diagrams from the black perspective and provides a theoretical framework for why black has adequate resources.

In many of the chess puzzles, it was common to see each problem presented as white who has the winning sequence. In fact, Theophilus Thompson (1855-1881), the first Black player of note, had authored such a book of chess puzzles.

To a great extent, books are still published in this fashion. I believe that strategic literature for a black response will continue to increase, and the game will move closer to a 50-50 result in the “white first” format. There are a great many systems where black seeks to be the aggressor.

Chess is more of a conversation where both sides engage in a battle of ideas. Someone has to initiate the conversation, but throughout the flow of the game, a unique story unfolds. In my view, it is not about who starts first, but what the essence of the story ends up being.

40 hobbies the whole family can get into

Here Are 16 Must-Have Condiments That We Can't Live Without

Football Is Here! Check Out These New Shirts For All 32 Teams

Sponsored Content: Check out these fresh new shirts for the 2021 football season

Upgrade Your Outdoor Living Space With These 12 Must-Haves

Sponsored Content: We hope these 12 finds add to your outdoor experience

Sponsored Content: Upgrade your listening experience with one of these fine earbud choices.

It's Time To Get Your Tailgate On! Here Are Some Must Haves For Your Next Football Party

Sponsored Content: Elevate your next football bash with these must haves!

How To Carve The Best Pumpkin On The Block! Also A Bonus Seed Recipe

Sponsored Content: Carve your best pumpkin ever with these tips and tools.

Slow? Fast? Nighttime? Here Are 10 Leashes Perfect For Any Type Of Dog Walk

15 of the best breweries to visit right now

If you want to create a trip around a great brewery, or are just looking for new breweries to try, here are 15 of the best breweries in the U.S. for 2021.