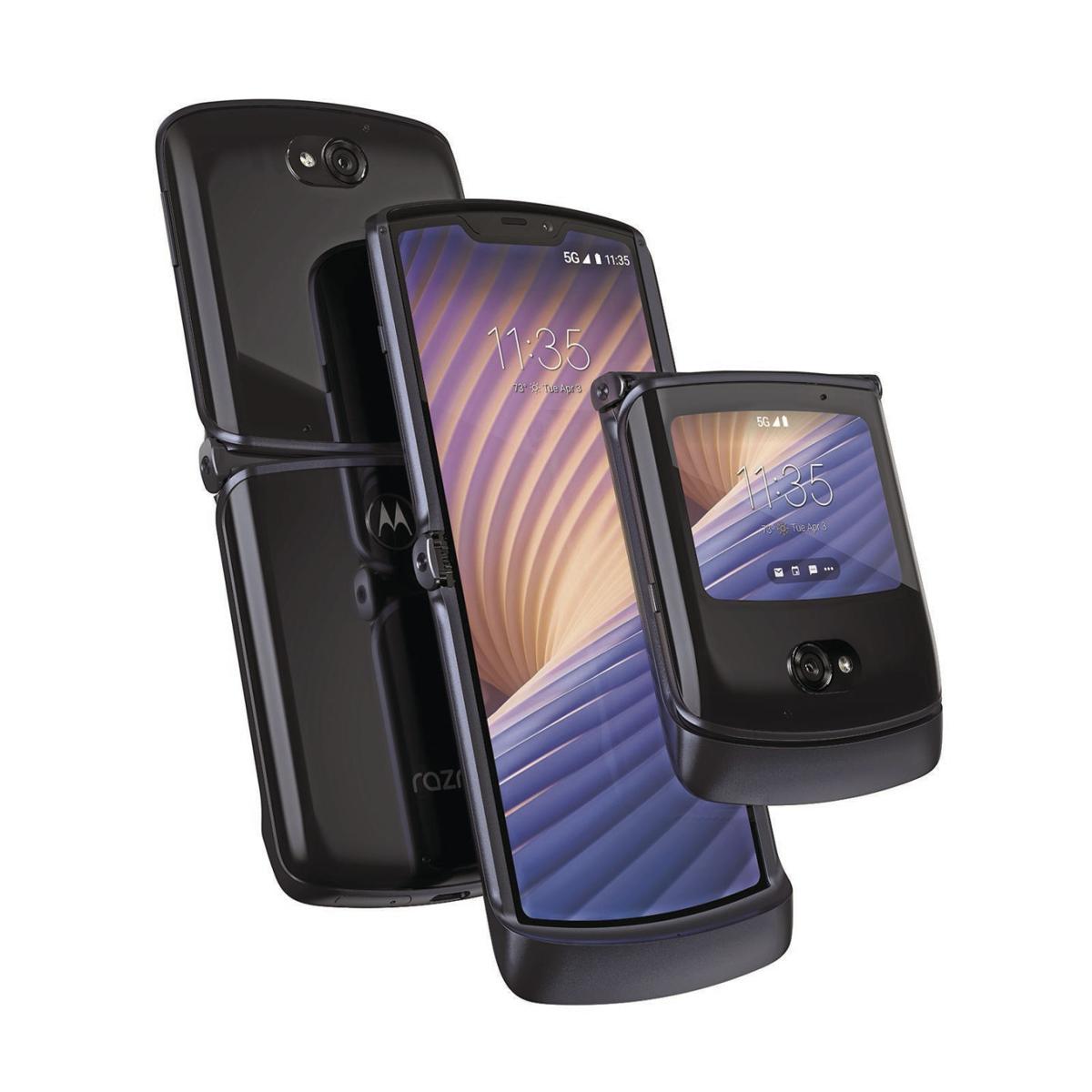 Back in the day, Motorola Razr flip phones were the status symbol for cool phones.

I mean back in the early 2000s before smartphones, if you can remember that far back.

It was so small and shiny, and you could hang up calls with a satisfying snap when you closed the clamshell.

I wanted one for the longest time. Finally, after several years, they finally came down to my price range. I got one, and it was glorious.

I used it for a few years until work started requiring a smartphone.

I still have that Razr in a drawer in my TV cabinet, so I pulled it out to compare it to Motorola’s newest phone, the Razr 5G (2020).

When you put them side by side, you can see they’re related, but they are obviously from different generations.

The Razr 5G has a folding screen that makes the phone smaller, but that doesn’t make it a small phone.

When the Razr is closed, it has an external 2.7-inch display where you can see messages and notifications and even run some apps like YouTube.

Next to my 6.5-inch iPhone XS Max, the screens are the same height, but the iPhone screen is wider.

So the unfolded Razr 5G has pretty much the same screen size as my big iPhone.

The main screen is P-OLED (plastic), while the front screen is G-OLED (glass).

The body folds in half with a large stainless steel hinge that runs the width of the phone in the middle. The phone still makes a satisfying clap when it shuts.

Motorola says the Razr 5G has a “water-repellent design,” but I’m telling you to keep it away from water and dust as much as you can. Don’t expect it to survive a dunk in water.

The Razr 5G is all about smallness. There isn’t a lot of room inside for things like multiple cameras. There is one camera on the back and one on the front.

You can tell Motorola is pleased with the design, and it should be.

This is the second generation of the new Razr. The 2019 version was announced almost a year ago and went on sale in February. Now, just eight months later, there’s a new and improved — and faster — model.

The phone has the usual buttons: sleep/wake on the left and volume on the right. It uses USB-C to fast charge, and there is no headphone jack.

The CPU is Qualcomm’s Snapdragon 765G with the Adreno 620 graphics processor. It has 8 gigabytes of RAM and 256 GB of internal storage that is not expandable. It runs Android 10.

The phone can unlock via fingerprint reader on the back.

Motorola says the Razr 5G’s battery will last all day. I’ve read some online reviews that ran the battery down by streaming video over Wi-Fi at full brightness on the big screen and found it streamed for almost eight hours.

If you can keep the phone closed when you’re not using it and use the front screen when you can, you should have no problem making it all day on a charge.

It has Wi-Fi 5 and Bluetooth 5.1. It has one SIM slot and can handle an eSIM if your carrier supports it.

The main camera has a 48-megapixel sensor and an f/1.7 wide-angle lens and laser autofocus. It has an 8x digital zoom.

The selfie camera has a 20-megapixel sensor with an f/2.2 lens. Both cameras captured nice images, and the main camera can shoot 4K video at 30 frames per second.

The Razr 5G has sub-6 5G, which offers download speeds of 90 to 130 megabits per second. It doesn’t have the faster 5G called millimeter-wave, but you won’t find much of that out in the wild just yet.

The Razr 5G is also available from T-Mobile and Best Buy.

I like the Razr 5G. Personally, I like the folding design, but I have to admit, I didn’t use the outside screen for more than just reading texts and emails. You can reply from the front screen, but the keyboard is so comically tiny for my giant thumbs that I just laughed.

Using it for phone calls, I got pretty good at picking it up and flipping it open with my right hand.

The main screen does have a bit of a crease in the middle, but it is only visible when the screen is off. If the screen is on, you can’t see it at all.

The Razr 5G is a very nice phone and is a huge improvement over the 2019 Razr.

The phone has a top-tier price, and except for the folding screen, it really can’t keep up with the CPU and battery life of phones with a bigger form factor.