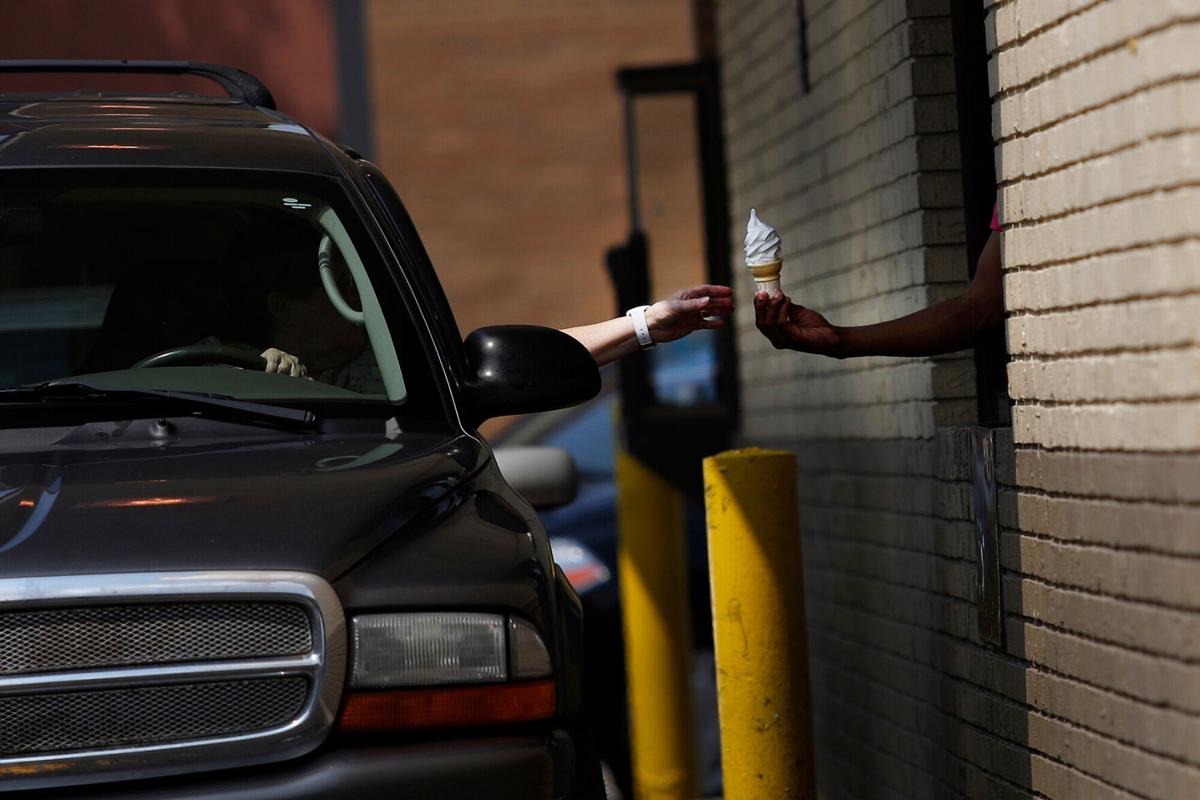 A driver receives a soft serve ice cream cone from an employee working the drive-thru at a McDonald's. Rashiq Zahid created a website featuring a map that tracks which ice cream machines aren't working at roughly 10,000 different McDonald's restaurants across the US.

Screenshot of mcbroken.com, which tracks broken McDonald's ice cream machines across the U.S.

The world is one step closer to solving one of fast food's stickiest mysteries: Is the McDonald's ice cream machine broken or not?

With just 2,000 lines of code, Rashiq Zahid, 24, created a website featuring a map that tracks which ice cream machines aren't working at roughly 10,000 different McDonald's restaurants across the US.

Zahid developed mcbroken.com over the course of a few weekends this summer from his home in Berlin, Germany, after trying to order some ice cream at a McDonald's and was told the machine was broken.

This excuse has become such a common refrain across the world that it's spawned countless memes over the years. The question, "Why is the McDonald's ice cream machine broken?" is constantly being asked on places like Twitter.

"I just created this as a joke, because it's been common knowledge that the machine breaks all the time," Zahid told CNN. "So initially I just wanted to just know for myself, verify if it's just my impression or it's really the case?"

Zahid's site, which was built using Python and JavaScript, works by decompiling the McDonald's Android app and adds an ice cream order to the cart at restaurants around the country, he said. If the ice cream machine is broken or down due to cleaning (which has reportedly been a common excuse in the past), the McDonald's app will remove the ice cream order from the cart, Zahid said. When that happens, a red dot appears on mcbroken.com's website indicating ice cream is not available at that location.

Due to the flood of web traffic to the site, the restaurant locations not offering ice cream may not have been updated recently, Zahid said.

Since launching the project Thursday afternoon, mcbroken.com has collected more than 732,000 pageviews, said Zahid, who is a self-taught programmer.

Among the visitors to mcbroken.com was David Tovar, who is vice president of US communications and government relations for McDonald's.

"Only a true @McDonalds fan would go to these lengths to help customers get our delicious ice cream! So, thanks! We know we have some opportunities to consistently satisfy even more customers with sweet treats and we will," Tovar said in a tweet Thursday evening in reference to mcbroken.com.

McDonald's went on to add that "it is exciting to see customer passion translate into customer-innovated solutions to further make that experience a reality," it said in a statement provided to CNN.

"We're committed to making sweet treats from our dessert menu available at all of our restaurants and are regularly working with our franchisees and suppliers on improving and enhancing the restaurant experience so that customers can continue to enjoy McDonald's food where and when they want it," the company said.

McDonald's said a much-anticipated chicken sandwich with pickles will go on sale in the U.S., and it is developing its own plant-based burger, McPlant.